It seems to me that life is the thing which is troublesome and you are disappointed by people, and also pleased by people. When I thought that I was  betrayed by people whom I thought my closest, they immediately turn into enemies with a piercing hatred in my mind and felt like the world is hell. But it was also a man who raised me up again from the adversity. 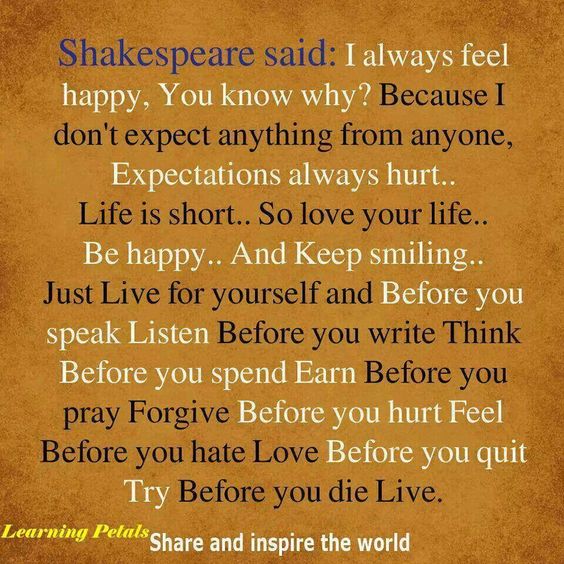 Now, I think the world is just as it is, and everything seems to be made up by my mind. Actually, the heaven and hell are made from me by judging other and hating them. I haven’t completely forgiven them, but at least don’t think about that much like in the past. I also have family problem annoying me time to time. I look around and found out that there are not many families which doesn’t have problems. Mostly, it is up to my choice that I go to hell, or another way.

Sometime I think the life is not fair to me. But about fairness, I do not think no one is as unfairly treated as Jesus. I have not seen anyone as wise as the Buddha reading by Buddhist’s script. The fact that we have some one like them gives me a great relief and guidance.

It seems to me that Shakespeare also suffered a lot.

This phrase if from here.