Because of the corona virus, the new semester beginning has been postponed for two weeks, and the lecture was recommend to delivered by e-learning. Fortunately, this winter vacation,  I set up my private studio in the bedroom.

I didn’t have to spend big money on the electronics, the lighting devices I got from acquaintances, and I installed the electrical motor-powered desk on the bed. Well, This work and sleeping in one place might not be a good idea.

This is a video created from my studio. Just enjoy the way video is shown, even  though it is Korean.

I created the video using Screenflow on Mac. One of the another way is using OBS, an open source, it is possible to either produce streaming service or recording the screen using various scenes. The recorded video can be edited using Open Shot, a video open source authoring tool such as Premiere. The content of OBS has been covered here, and Open Shot has been covered here.

Two computers were used, and each computer was extended by attaching a monitor. The camera is Logitec 920, the microphone is Blue Yeti, and Synergy were used to control two computers with one mouse. iPad can be used for hand writing recording. With Quicktime palyer, the screen of iPad can be appeared in the computer screen and recorded. Blue screen was installed in the room. The studio structure and software used are shown in the following figure. 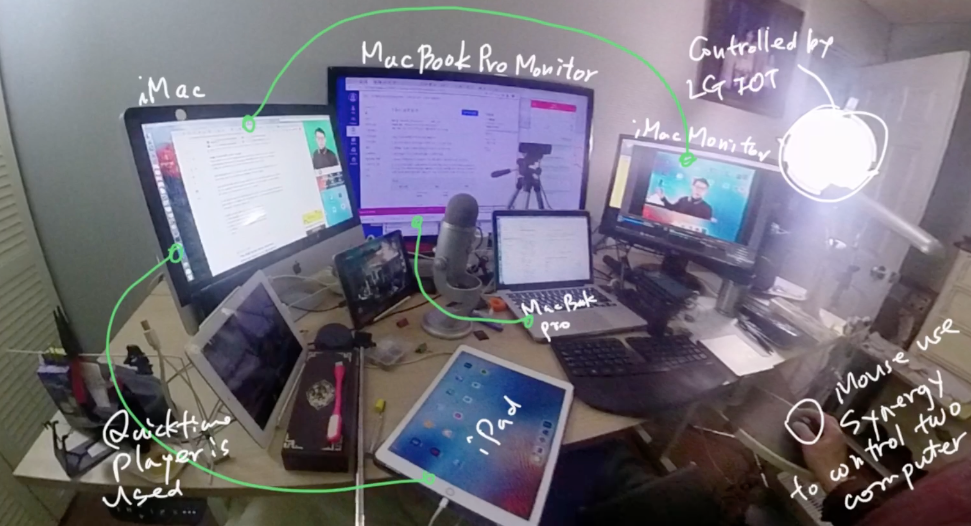 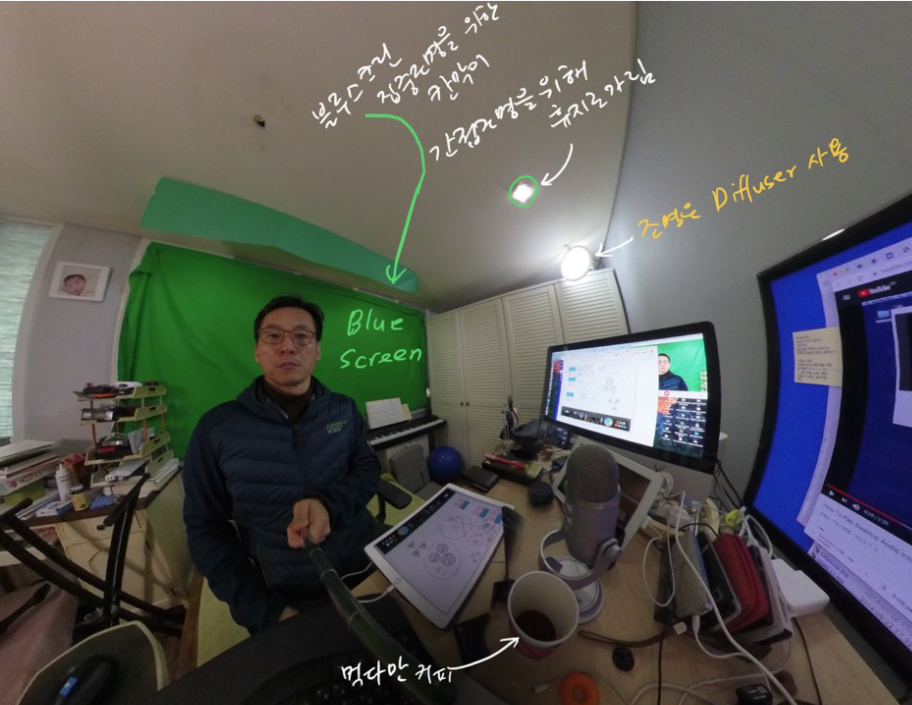 Here is the video in Korean.