There are a lot of confusion about running online classes. I tried to summarize the problem. The online method can be divided into synchronous and asynchronous. Synchronous is a method in which learners and instructors face to face in real time. Synchronous method includes both video conference and  live broadcasting through video streaming.

I use a combination of these two methods, explain how to conduct a class for a certain amount of time on live broadcast for synchronous session, and ask learners do activities such as pre-prepared videos, quizzes, and assignments for asynchronous session. I try to open either live broadcasting channel or web conference tool is open during assigned class hours, to receive real-time feedback and monitor learning. Learners should concentrate on the learning activities of the subject during the designated class time, and any unsuccessful part of the study may be conducted on their own phase in their time shake. 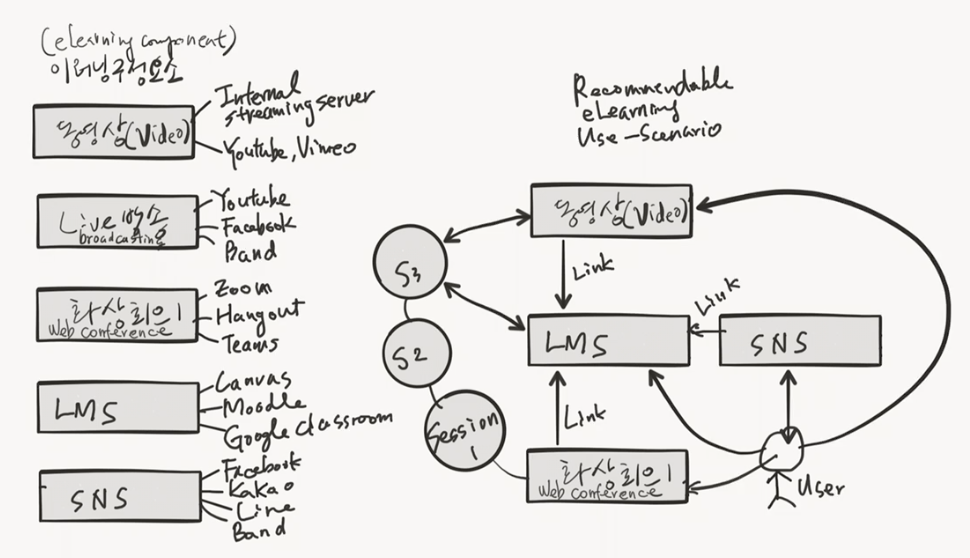 When I prepare online class, I consider three methods according to the according to the Internet bandwidth environment. You can also setup several channel for the emergency case. The basic and robust way is using SNS chatting. So, it it better to set up this lowest channel communicative all the time of the eLearning class session.

It is very important to run a group of learning units using SNS. It can be useful in the form of a hotline when emergency contact or services used in other advanced environments are blocked. There is a function to provide messaging through a dedicated LMS app provided by your organization, but usually the functionality of it is not better than that of commercially available SNS. I would like to recommend to create and operate a separate SNS classroom. In other words, my recommendation is to operate a class by combining LMS + video conference + SNS.