Two years ago, I had a very informative time during the short period of my YouTube broadcasting. It’s good to give information to others, but personally, it’s good even for me to organize my knowledge time to time. In 2020, I planned to run YouTube broadcasting related to e-learning again with those partners.

In the past, we used Google cast to perform all streaming broadcasts with YouTube services. From this year, streaming services will not be provided by YouTube, and I was asked to install streaming SW separately. It seems to me that providing web-based streaming service is technically difficult or consumes a lot of resources. Google recommended to use the open source streaming software called OBS. Conceptually, the OBS installed on your computer streams the camera and screen of the computer in real time and shoots it on YouTube’s streaming channel to broadcast the video in real time.

To do it the process is as following

The procedure seemed very simple, but there were many difficulties for my case. This scenario should work OK with Microsoft Window. There is OBS window version too. For me, when I installed OBS, I upgraded macOS to Catalina because it wasn’t working on El Capitan on Mac. I am sure MS Window setup is easier.

First, go to “Start real-time streaming” in the video upload section on YouTube and open a new stream or select one of the previous streams under “Manage”. In the picture below, the areas in the red box are required for OBS settings. See the screen shot below. 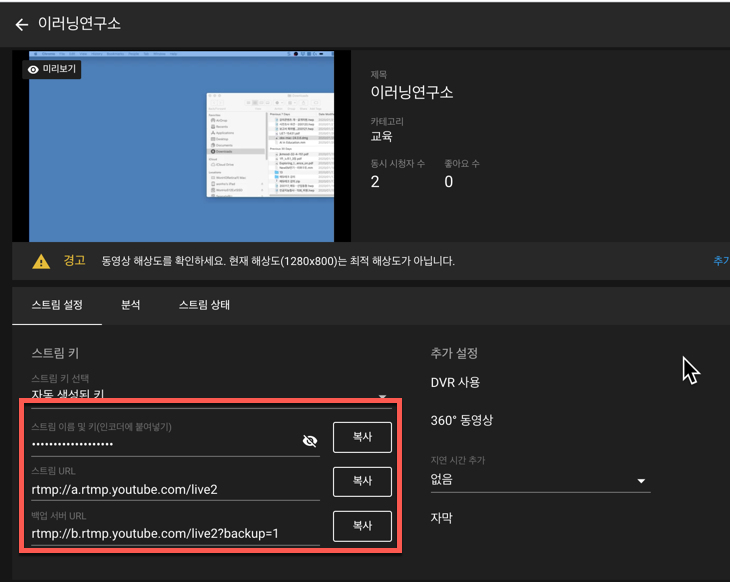 OBS sets the screen as shown below. You can enter the server and stream key values obtained prior to Settings> Stream and create the scene with the screen components to stream. 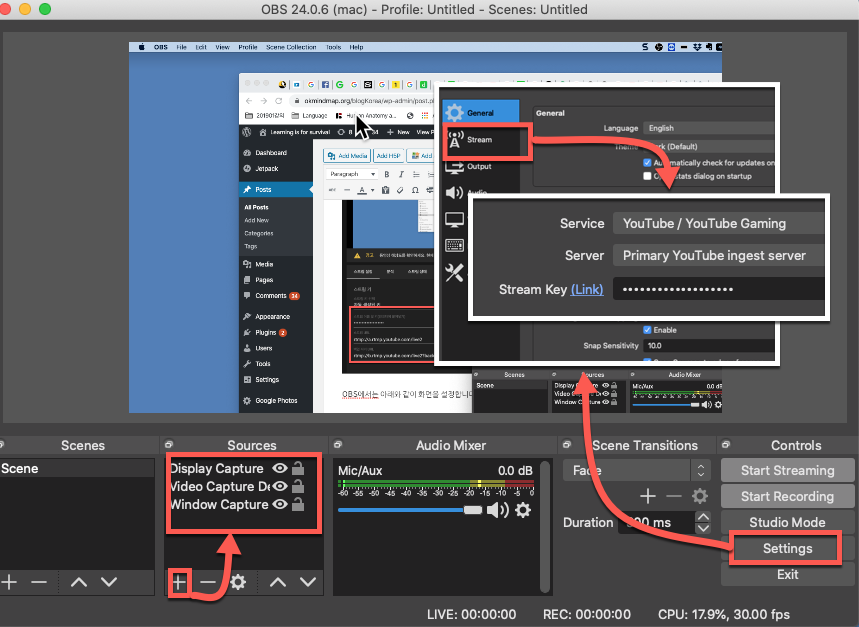 To start streaming, press “Start Streaming” in OBS and use the preview from the corresponding streaming on YouTube to see what is being sent. The streaming is appeared as video in my YouTube channel within 12 hours after real-time streaming.